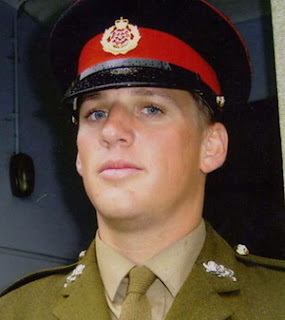 Lance Corporal Jordan Dean Bancroft of 1st Battalion The Duke of Lancaster's Regiment, part of Combined Force Nad 'Ali, was killed in Afghanistan on Saturday 21 August 2010.
Lance Corporal Bancroft deployed to Afghanistan in March 2010 as a Section Second-in-Command with 1 Platoon, Anzio Company, 1st Battalion The Duke of Lancaster's Regiment.
The soldiers of Anzio Company have undoubtedly improved the lives of hundreds of local Afghans during their five months in Nad 'Ali by conducting frequent joint security and reassurance patrols with their Afghan National Army colleagues.
On Saturday 21 August 2010, as part of the ongoing 'hold' and 'build' phase of Operation TOR SHEZADA in Sayedabad, central Helmand, Lance Corporal Bancroft's platoon was providing essential outer security in order for a shura to take place between ISAF troops and local village elders. Sadly, during an exchange of fire with insurgents, Lance Corporal Bancroft was shot and killed in action.
Posted by OEF News at 09:23