The bullet-riddled body of an abducted Japanese aid worker was recovered Wednesday, the latest grim symbol of insurgents' apparent determination to drive foreign humanitarian groups from Afghanistan. Afghan and Japanese authorities identified the slain man as Kazuya Ito, an engineer who was seized by gunmen a day earlier in Nangarhar province, east of Kabul. 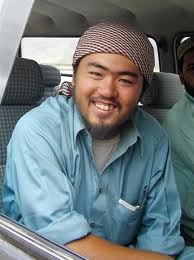 The Japanese engineer worked for an aid organization called Peshawar-kai, meaning the Peshawar group, based in Fukuoka, Japan. It is named for a Pakistani city just across the border that is home to hundreds of thousands of Afghan refugees.
Ito, 31, was working on agricultural development projects in a remote eastern area of Afghanistan, Japanese diplomats and colleagues said. Authorities said gunmen stopped his car Tuesday near the city of Jalalabad, which lies on the main road connecting Kabul, the Afghan capital, and the border with Pakistan. Ito's Afghan driver was released unharmed.
Posted by OEF News at 10:51 No comments:

German Army Sergeant-Major, Mischa Meier, aged 29, was killed on 27th August 2008 when the vehicle he was in drove over an improvised explosive device (IED) in Kunduz, Afghanistan.
Sgt-Major Meier, who served with the 263rd Paratroop Battalion, was commander of a patrol when the incident happened.
He only had four weeks left to serve in Afghanistan.
Posted by OEF News at 07:49 No comments:

Master Sergeant Christian Cemnitz, serving with the German Army in Afghanistan, died in hospital in Termez, Uzbekistan on 25th August 2008.
The only information we have been able to gather is that he was airlifted from Afghanistan and was being flown to Germany, via Uzbekistan, when he died.
We have no information as to whether he was injured in action or whether he was being repatriated due to an illness.
If anyone has any information about this incident, we would be pleased to hear from you.
Posted by OEF News at 07:41 No comments: 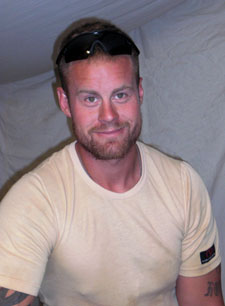 A Danish Soldier has died of wounds sustained when is vehicle struck an improvised explosive device on Monday. Over Sergeant Henrik Christian Christiansen, 29, was evacuated to Camp Bastion where he died shortly after arrival. He was the passenger in the vehicle, which was traveling in the centre of the convoy. They were traveling to Forward Operating Base Attal on a resupply mission, with security being provided by a platoon from Charlie Company. Henrik had only been in Afghanistan a few weeks and is the seventh Danish soldier to faal in the country this year.
Posted by OEF News at 04:04 No comments:

Senior Private Paweł Szwed, aged 27, was killed in action 20th August 2008, after the mobile patrol vehicle he was in struck a road mine (IED) 20km from Ghazni.
Directly after the explosion, Taliban insurgents opened fire with rifles and machine-guns. Pvt. Szwed died from injuries he received in the blast.
He served with the Mazowiecka Sapper Brigade in Kazun.
In the same incident, two other Polish soldiers died and one seriously wounded.
Posted by OEF News at 03:53 No comments:

Senior Corporal Waldemar Sujdak, aged 28, was killed in action 20th August 2008, after the mobile patrol vehicle he was in struck a road mine (IED) 20km from Ghazni.
Directly after the explosion, Taliban insurgents opened fire with rifles and machine-guns. Cpl. Sujdak died from injuries he received in the blast.
He served with the Mazowiecka Sapper Brigade in Kazun.
In the same incident, two other Polish soldiers died and one seriously wounded.
Posted by OEF News at 03:47 No comments:

Senior Private Paweł Brodzikowski, aged 25, was killed in action 20th August 2008, after the mobile patrol vehicle he was in struck a road mine (IED) 20km from Ghazni.
Directly after the explosion, Taliban insurgents opened fire with rifles and machine-guns and Pvt. Brodzikowski was hit.
He served with the Mazowiecka Sapper Brigade in Kazun.
In the same incident, two other Polish soldiers died and one seriously wounded.
Posted by OEF News at 03:37 No comments:

A 22 year old is amoung the ten French soldiers killed in an ambush near Kabul on 18 August 2008. Anthony Riviere died from small arms fire 50 kilomteres from the Afghan capital.

“His mother, his sister and I were worried since Anthony had announced his departure for Afghanistan," remembers his father, Alexis. “But we did not express our concern when we talked about it for the last time on the phone." He added.

Anthony had arrived in Afghanistan the month before with the newest rotation of French soldiers. The deployment was due to last four months. he was an accomplished sportsman, dabbling in Taekwondo, football, mountain biking and motocross. 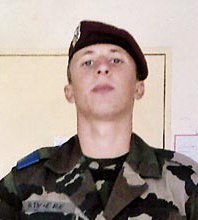 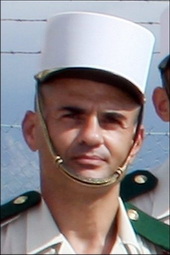 Rodolphe Penon, a combat medic has been praised for his heroism and dedication during the Taliban ambush that killed 10 French soldiers. He continued to provide aid and comfort to wounded soldiers after sustaining injuries to himself. He had been out into the battle several times to rescue others when he finally fell.
Penon had arrived in Afghanistan the month before with the newest rotation of French soldiers. He leaves behind two daughters, 16 and 14. The 40 year old had been assigned to the 2nd Régiment Etranger de Parachutistes (2nd Parachute Regiment, French Foreign Legion)
Posted by OEF News at 09:35 1 comment:

Sebastien Devez died 18th August 2008 near the Afghan capital during two days of fierce fighting with the Taliban. He was one of 10 French soldiers to fall during the fight. A further 21 were wounded. 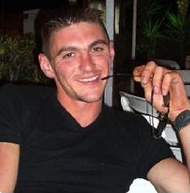 Devez arrived in Afghanistan with the new rotation of French peace keepers just the month before. He leaves his parents, a wife and two children, a girl aged four and a two week old baby. Eleven of those wounded in the ambush have arrived back in Paris to receive treatment with the remainder to return home once stable for the journey. The French President, Nicholas Sarkozy, had completed a lightning visit to Kabul where he asked the French soldiers to lift their heads in the fight against terrorism.
Posted by OEF News at 09:32 No comments:

One of the ten French soldiers killed in a Taliban ambush, 18th August 2008, Kevin Chassaing, was a member of the 8e Régiment Parachutiste d Infanterie de Marine. They were struck by small arms and rocket propelled grenades.

Kevin wanted to be buried in Rions en Gironde, a community where he had spent his youth, and where his family still lived. Many relatives attended the funeral surrounded by villagers and veterans of past conflicts.

Private 1st Class Kevin Chassaing was born in Begles, then his parents settled in Cadillac and then Rions. The family has a vault in the town cemetery. Like most of his fallen comrades, Kevin was posthumously promoted to the rank of Corporal.
Posted by OEF News at 09:27 No comments:

Alexis Taani, 20, was killed during a Taliban ambush in the Uzbin Valley on 18th August 2008. Nine other French soldiers lost their lives with a further 21 wounded when around 100 Taliban fighters ambushed a French patrol 50 kilometers from the Afghan capital, Kabul.

The quick reaction force came to the rescue with the support of close air. The fight lasted through the night and into the following day. Eight of the fallen soldiers were from the 8e Régiment Parachutiste d Infanterie de Marine (8th Marine Parachute Infantry).
Alexis, from Hautes-Alpes, enlisted into the French Military and was posted to his current unit last December, where he had been employed as a radio operator.
Posted by OEF News at 09:22 No comments:

The young soldier joined the 8th Parachute Regiment Marine Infantry, based in Castres, on June 5, 2007. The unit was his first choice. “He had it in his blood. He talked about joining the army since he was a young boy," said his father, Daniel.

This was Damien’s first mission overseas.
Posted by OEF News at 07:12 No comments:

Nicolas Gregoire was one of ten French soldiers killed in a Taliban ambush 50 kilometers east of Kabul, with a further 21 suffering wounds. Nicolas was born in Hauts de Seine on November 3, 1982. He grew up in Saint-Gaudens attending primary and high school.
From an early age Nicolas had decided to wear the uniform of a soldier. His grandfather loved the Army, so joined at the age of 17 joining the 8e Régiment Parachutiste d Infanterie de Marine (8th Marine Parachute Infantry), based in Castres, in 2001.

Afghanistan was his sixth deployment, having served in Kosovo, Gabon, New Caledonia and the Ivory Coast. Nicolas knew of the dangers but believed it was his job to defend his country. He is survived by his parents and two sisters.
Posted by OEF News at 07:07 No comments:

Corporal Julien Le Pahun, 19, was one of ten French soldiers killed during a Taliban ambush 50 kilometers east of the Afghan capital, Kabul. A further 21 were wounded in the fight, which lasted through the night and into the following day.
He joined his current unit, the 8th Marine Parachute Regiment, in June 2007 and was part of the latest rotation of French troops to arrive in Afghanistan in July 2008. He is survived by three brothers and sisters.
Eleven of the 21 French soldiers also wounded in the clashes were flown to France and taken to hospitals in the Paris region.
Posted by OEF News at 07:02 No comments:

A UK aid worker killed in Afghanistan has been named as University of Ulster research fellow Dr Jacqueline Kirk. 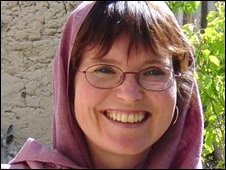 She was one of three female aid workers shot dead in an ambush, along with their Afghan driver, near Kabul, the International Rescue Committee said.
The other two women were American, Nicole Dial, and Canadian, Shirley Case.
Read full story at BBC
Posted by OEF News at 13:18 No comments:

American aid worker murdered with 2 others

On Wednesday, 30-year-old Nicole Dial was gunned down in Afghanistan along with two other women, Shirley Case and Jacqueline Kirk, all workers with the International Rescue Committee.


They had been to the town of Gardez, where they planned to open a children's school. They were returning to Kabul when Taliban fighters with assault rifles attacked their car. All three were killed instantly.
Read more at Denver Post
Posted by OEF News at 13:08 No comments:

Canadian citizen, Shirley Case, one of three female aid workers shot dead in Afghanistan today, was a girl who wanted to help the world.
Case, 30, of Williams Lake, and Briton, Jackie Kirk, were killed by Taliban insurgents south of Kabul, a senior official of the aid agency International Rescue Committee said Wednesday.
Another female aid worker, Nicole Dial from U.S., and a Kabul man who worked as a driver for the IRC, also died.
The group was en route to Kabul and travelling in a clearly marked International Rescue Committee vehicle when they came under fire at mid-morning.
Read story here...

Private First Class Edgars Ozoliņš, aged 23, was killed in Afghanistan by a land mine on 11th August 2008.

His hometown was Jekabpils, Latvia.
Posted by OEF News at 04:16 2 comments: