Two Romanian soldiers were killed near Qalat on 1st October when the Humvee they were in went over an improvised explosive device (IED). The two troops, Sergeant Major Marius Florin Sfeches and private Cristian Petru Filip, were part of Carpathian Hawks 812 Battalion. Since the war began in Afghanistan, a total of 17 Romanian troops were killed and 55 others were injured.
A total of 1,650 Romanian troops are deployed in the country.
Sfeches was 25 years old and was not married. Filip was 25, not married.
Posted by OEF News at 19:02 No comments:

In the early hours of 27th September 2010, Sergeant Kazimierz Kasprzak died from wounds sustained in the explosion of the roadside bomb.
The incident happened in the eastern part of Ghazni province. Troops of the Bravo Combat Team were attacked while performing a combat patrol. Sgt. Kasprzak was injured in the attack.

Despite immediate  medical aid provided, he died from his injuries.
Sgt. Kazimierz Kasprzak served in the 15th Goldap Anti-aircraft Regiment. He was 32, and leaves a wife and two children.
He becomes the 21st Polish fatality in Afghanistan.
Posted by OEF News at 02:05 No comments: 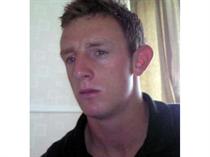 Corporal Matthew Thomas, from the Royal Electrical and Mechanical Engineers, was killed in the Garmsir district of Helmand province on Saturday 25 September 2010.
Corporal Thomas was killed when the vehicle he was driving was struck by an improvised explosive device. His family has been informed.
A spokesperson for the Royal Electrical and Mechanical Engineers said:
"Corporal Matthew Thomas was an intelligent, dedicated and courageous man whose all-round professionalism as a soldier, excellence as a sportsman, and deep, deep competence as a mechanical engineer were widely respected and admired."
Posted by OEF News at 05:00 No comments:

Danish soldier Simon Mundt Jorgensen was killed in September, 2010, by an explosive device south of the patrol base Bridzar six miles northeast of Gereshk, in Helmand Province.

He was from Charlie Company who are seconded from the Royal Life Guards. 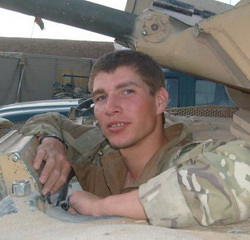 Trooper Andrew Martin Howarth of Fondouk Squadron, The Queen's Royal Lancers, was killed in Afghanistan on Saturday 18 September 2010.
Trooper Howarth was killed in action during a vehicle patrol in the Bolan district of Lashkar Gah in Helmand province alongside one of his colleagues.
Trooper Howarth was born in Bournemouth on 28 May 1990. He attended Queen Elizabeth's School in Wimborne, Dorset, before joining the Army in 2007.
He completed basic training at the Army Training Regiment Bassingbourn before passing out of Royal Armoured Corps Phase 2 training at Bovington. He joined The Queen's Royal Lancers in Catterick, North Yorkshire, in February of 2008, and in doing so became the third generation of his family to serve with the regiment.
Posted by OEF News at 05:24 No comments: 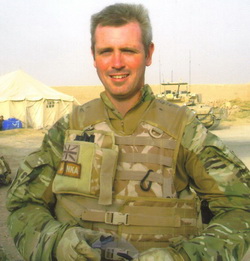 Sergeant Andrew James Jones of the Royal Engineers was killed in Afghanistan on Saturday 18 September 2010.
Sergeant Jones was killed in action during a vehicle-mounted ground domination patrol in the Bolan district of Lashkar Gah alongside Trooper Andrew Martin Howarth.
He was serving as part of Fondouk Squadron, The Queen's Royal Lancers, and was providing security to the people of Helmand province by denying insurgents' freedom of movement.
Posted by OEF News at 05:06 No comments:

Lieutenant Alessandro Romani, aged 36, was killed in a battle with Taliban extremists on 17th September 2010.
Lt. Romani was part of an operation to capture some known terrorists when his unit came under heavy fire. The incident happened in Bakwa district.
Another Italian Special Forces soldier was wounded in the battle.
Lt. Romani served with the elite 9th Parachute Assault Brigade and had served in many of the world's conflict zones during his career.
He was born in Rome, Italy.
Posted by OEF News at 20:16 No comments: 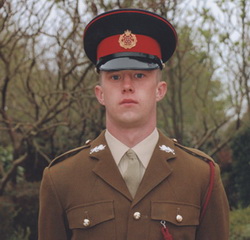 Kingsman Darren Deady, from 2nd Battalion The Duke of Lancaster's Regiment, died at Queen Elizabeth Hospital Birmingham on Friday 10 September 2010 as a result of injuries sustained in Afghanistan.
Kingsman Deady, serving as part of Combined Force Nahr-e Saraj (South), died from injuries sustained as a result of a gunshot wound in the Nahr-e Saraj district of Helmand province on the morning of Monday 23 August 2010.
Read more
Posted by OEF News at 09:03 No comments:

Warrant Officer György Kolozsvári who suffered critical injuries in an Afghanistan attack died in hospital on Tuesday morning, 7th September 2010.
WO Kolozsvári was seriously injured on 23rd August when the first convoy of the 8th rotation of HDF PRT was attacked in Afghanistan. The convoy was en route from the Hungarian base in Pol-e-Khumri to Mazar-e-Sharif. The troops were about to return to Hungary.
Posthumous lieutenant war heroine of the HDF, Judit Ábrahám died on the spot. Two of her comrades sustained serious injuries. Warrant officer György Kolozsvári was injured very seriously, and had to be taken to the Mazar-e Sharif hospital where he received intensive medical treatment.
He was airlifted to Hungary on 25th August.
Posted by OEF News at 20:19 No comments: 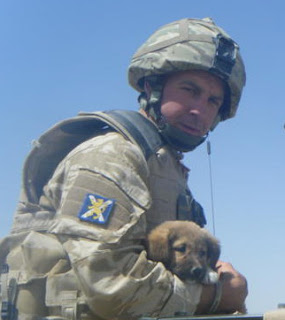 Corporal Joseph McFarlane Pool of The Royal Scots Borderers, 1st Battalion The Royal Regiment of Scotland, was killed in Afghanistan on Sunday 5 September 2010.
Lance Corporal Pool was serving as part of the Brigade Reconnaissance Force in Helmand province, involved in conducting operations over the last few months aimed at bettering the lives of the local people by improving security and increasing their freedom of movement.
On Sunday 5 September 2010, the Brigade Reconnaissance Force were completing an operation in the Nad 'Ali (North) district to disrupt the insurgency by denying enemy freedom of movement and were conducting a series of searches on compounds of interest.
At approximately 0700hrs during an exchange of fire with insurgents, Lance Corporal Pool was killed in action following a rocket-propelled grenade attack.
Posted by OEF News at 09:18 No comments: 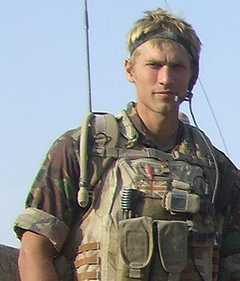 Captain Andrew Griffiths, from 2nd Battalion The Duke of Lancaster's Regiment (2 LANCS), died on Sunday 5 September 2010 at the Queen Elizabeth Hospital, Birmingham.
Captain Andy Griffiths was wounded in action by an explosion whilst leading his soldiers on an operation in the Nahr-e Saraj district of Helmand province on Tuesday 24 August 2010.
His platoon had cleared and occupied a compound that was to be used as a future patrol base during a security operation, but as he moved through the compound to allow entry for an approaching patrol he was caught in an explosion which seriously injured him.
He was given exceptional first aid, which undoubtedly kept him alive, before being evacuated by his soldiers and returned to the UK for further treatment. On Sunday 5 September 2010, with his family present, he died of his wounds at the Queen Elizabeth Hospital, Birmingham.
Posted by OEF News at 09:11 No comments:

KABUL, Afghanistan — Police are investigating the murder of a well known Afghan journalist who was found outside his Kabul home this weekend covered in stab wounds.
Afghan President Hamid Karzai issued a statement ordering authorities to spare no effort in bringing Sayed Hamid Noori's killers to justice. Noori had once been an anchor for state television and a newspaper editor. More recently, he held a leadership position in Afghanistan's Association of Independent Journalists and teacher of young journalists.
Reporters in Afghanistan face pressure from the government, local politicians and Taliban insurgents, all of whom look askance at negative reporting. At least 20 Afghan journalists have been killed and 200 physically assaulted in the past decade, with scores more leaving the profession or fleeing the country amid threats to their safety.
It wasn't clear whether Noori's killing was linked to his professional life.
Abdul Hameed Mubarez, head of the journalist's association of which Noori was vice president, said Noori had left his home at about 10:30 p.m. Sunday after receiving a series of phone calls, suggesting that he either knew his assailants or had been set up. He said Noori's body was found a few feet (meters) away, covered in stab wounds.
"So far nobody knows who is behind this," Mubarez said.
Posted by OEF News at 08:38 No comments: