Cyd Mizell, an American woman teaching in Afghanistan was kidnapped on her way to work on January 26, 2008. On February 27, 2008, the aid group she worked for, Asian Rural Life Development Foundation, reported that she was apparently dead. 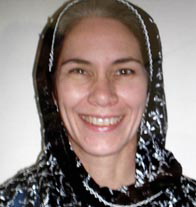 Witnesses report seeing 6 gunmen involved in her abduction. Nobody has ever claimed responsibility for her kidnapping and no body has ever been found.
Posted by OEF News at 20:58 No comments:

Carsten Thomassen, a respected Norwegian journalist and war correspondent for the Norwegian daily Dagbladet, was killed in a terrorist attack at the Kabul Serena Hotel, January 15th 2008.
On January 14th, he was covering Norwegian Foreign Minister Jonar Gahr Store's visit to Kabul. Store and his entourage were staying at the Serena Hotel. While Thomassen was waiting to meet Støre in the lobby, at least two Taliban terrorists forced their way into the Serena Hotel by killing the guards posted outside the main entrance using hand grenades. At least one of the terrorists was dressed in an Afghan police uniform, which may have delayed the reaction of the PST bodyguards inside the hotel.
Thomassen was wounded in the arm, leg and stomach. Once the firing died down, he received first aid from VG photographer Harald Henden, Aftenposten reporter Tor Arne Andreassen, and others.

In the confusion following the attack, he was not evacuated until almost two hours later. He went into shock in the ambulance, and died shortly after while undergoing surgery at a nearby field hospital operated by Czech ISAF forces.
Due to the nature of his injuries, it is doubtful that he would have survived even if he had been evacuated earlier.
At least six other people were killed in the attack, in addition to the terrorists themselves.
Posted by OEF News at 09:44 No comments:

Thor Hesla was among six dead in a Taliban attack on the Hotel Serena, Kabul, on 14th January 2008. Hesla was in Afghanistan working for USAID.
The Taliban said it was behind the attack that killed him, carried out by suicide bombers and gunmen. Six other people were killed at Kabul's Serena hotel that day including journalist, Carsten Thomassen.
Posted by OEF News at 10:30 No comments:

SOUTH KOREA
Full list of military fatalities since 2002
Posted by OEF News at 04:47 No comments: